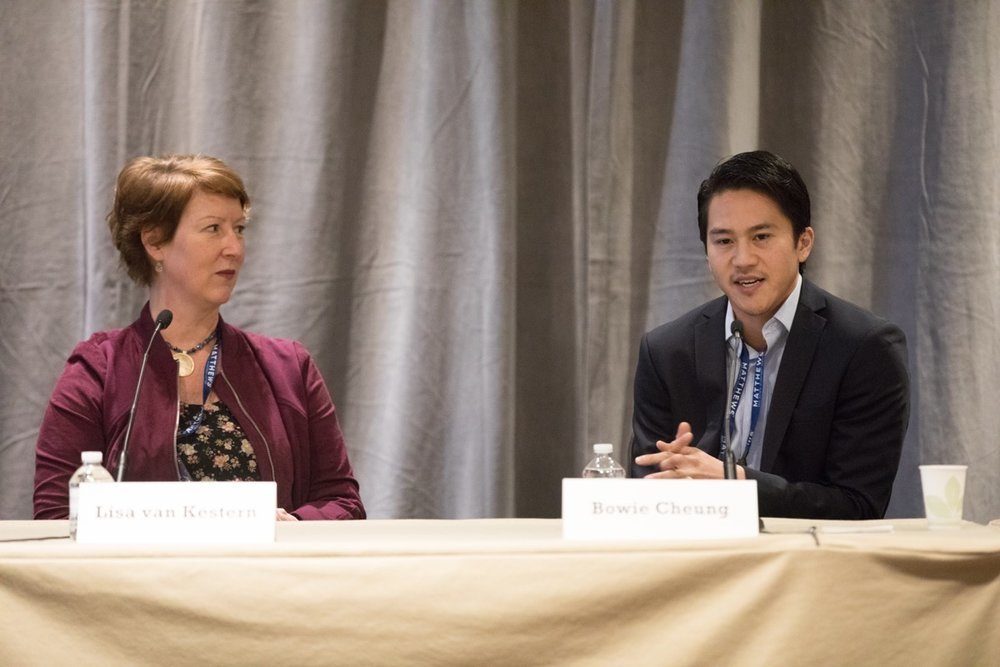 At the 2017 Restaurant Finance and Development Conference, SeeLevel’s CEO, Lisa van Kesteren discussed the 2017 Food-On-Demand Study findings with Bowie Cheung, Uber Everything’s director of operations in U.S. and Canada, during a panel moderated by Nick Upton, business reporter for Restaurant Finance Monitor. Over 42,000 restaurants, whether operating as quick service restaurants (QSR) or traditional eateries, are currently partnered with UberEATS, a fast-growing third-party delivery provider helping to define the industry.

Speaking of his fascination with the industry during the discussion, Cheung said that third parties, like UberEATS are, “making food delivery effortless for everybody, everywhere.” He also commented on his excitement around the growing industry saying that, “we can help define what the future of food service looks like.”

The first of its kind, SeeLevel’s 2017 Food-On-Demand Study initially surveyed the general consumer population, pinpointing which metrics would be significant during the study’s second phase which put 1,400 mystery shoppers into action. As van Kesteren put it, “[We asked] ‘what’s important to you when you’re ordering food? Ease of app, how quickly the food’s going to arrive, what the courteousness of the driver is, hot food hot?’ that type of thing, and from that we developed a set of drivers for the second part of the study, which is really the key part of the study for us.”

The panel discussed the study’s findings including why people order delivery. Cheung was particularly taken with the wide range of reasons people have for ordering in food, “Food is…something we experience in such a diverse set of ways, and no two people experience it the same way.” He went on to mention some of the industry challenges which surprised UberEATS during implementation, late night ordering in particular. Because Uber is already offering 24/7 driver services, UberEATS could also provide around-the-clock delivery. They experienced unanticipated spikes in orders between midnight and 3 am, of which Cheung said, “[Uber has been] experimenting with our partners to try different menus and expand store hours in order to serve that late night customer.” Being able to serve these customers is an industry opportunity for some restaurants.

In addition to late-night availability, van Kesteren also reported that 70% of surveyed consumers said they would try a restaurant by delivery that they would not try in person. This, she said, “opens up…a huge opportunity…to reach customers that you might not otherwise reach.”

SeeLevel’s study also examined how long consumers are willing to wait for delivery. UberEATS clocked in with the fastest average delivery time (35 minutes, 31 seconds). Cheung explained how UberEATS tries to align the different factors that makeup the ultimate delivery time: proximity, food preparation time and driver availability. He gave the example of a restaurant located seven minutes from the consumer, preparing curry in three minutes, and a driver available in five. In this scenario, food delivery requires fifteen minutes. A different dish, however, cooks longer, or there might be bad weather, heavy traffic, or a mix-up in the kitchen, leading to greatly varied delivery times.

The infinite variables of a timely delivery equate a high probability of problems occurring. SeeLevel’s study found that on average 50% deliveries are later than promised. “[This] was surprisingly high,” van Kesteren said. She, however, describes the error frequency as potential “low hanging fruit” for restaurateur and delivery service provider advancement.

Regarding potential improvement, one conference attendee described complications with software integration, point of sale systems, and ticket printing. In response, Cheung said, “We spend a lot of time in the field working with our operators and learning about the different workflows and different types of restaurants, and we’re exploring the ways to integrate with POS systems and make the interface more intuitive and natural depending upon the workflow of your restaurant.”

More about the Food on Demand Study can be found here.

We've been busier than Elves at the North Pole this year!
Next
X